In addition, we would also like to use cookies to collect statistical data on the use of our offer (tracking). We ask for your consent for this.

The Goal is for both
to implement best practice

AN ITALIAN COMPANY HAS BEEN INTEGRATED INTO THE GETEC GROUP. HOW CAN THE TWO CULTURES BE COMBINED? 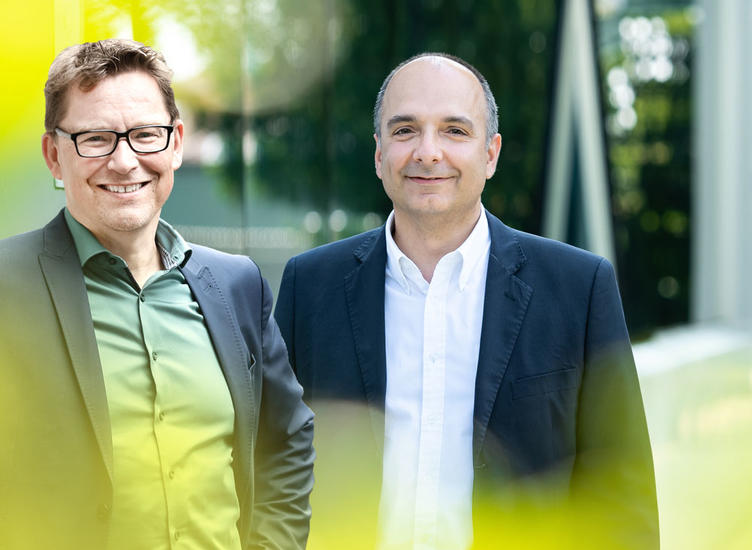 Following the acquisition and integration of the Italian company Antas S.p.A. by the GETEC Group, the compliance systems of the two partners now need to be harmonized. The compliance officers of GETEC and Antas, Sebastian Isenberg and Silvio Fava, explain how they intend to bring together two different compliance cultures.

Mr. Isenberg, what advantages has the merger of GETEC and Antas delivered in terms of compliance for both partners? How do you see it from GETEC’s perspective?

SEBASTIAN ISENBERG: We are both benefiting from a transfer of knowledge. As the two companies have different cultural backgrounds and compliance is structured differently in some respects, we can both learn a lot from each other. In terms of measures, for example, we can make our compliance organizations more effective by combining the best of both worlds. To this end, we are currently comparing our compliance rules to identify where there are gaps that need filling and which aspects we can learn from each other. The goal is best practice for both of us.

Mr. Fava, which aspects of this learning process are important for Antas?

SILVIO FAVA: We have a functioning compliance system but we can still learn a lot from GETEC’s compliance structure. This includes, for example, the rule that each member of the company’s management has to make an individual compliance statement each year. This is not something we have practiced to date. However, we’re now working to implement it as well.

Mr. ISENBERG, MR. ISENBERG, WHAT MOST IMPRESSED YOU WHEN YOU STARTED TO LOOK AT ITALIAN LAW?

ISENBERG: One interesting aspect is Italy’s Law 231 from June 8, 2001, which stipulates comparatively unusual compliance requirements. It provides a company with a framework and, if the company operates strictly within this framework, it is relatively well protected if a compliance issue arises. This is ensured by the organization and management model (Modello Organizzativo e Gestionale, MOG) and the largely independent advisory and oversight committee (Organismo di Vigilanza, ODV) required by the law. While the legal framework in Germany is different, we are now considering whether it makes sense to voluntarily implement comparable organizational structures at GETEC in Germany.

Where do you see the biggest differences between the two companies in terms of compliance?

ISENBERG: At the start of 2021, we gave a joint presentation to the Advisory Board about current cases requiring action by the compliance organizations. We found that there were more cases in Germany. Of course, one of the reasons for this is that the GETEC Group is larger and employs far more people than Antas.

FAVA:  The compliance cultures of the two companies are different. One reason for this is certainly the differences in their previous ownership structures. Until 2019, Antas was a family-owned company, which meant that until my appointment that year, the company had never had a compliance manager. In order to satisfy the requirements of Law 231, the company implemented the organization and management model and established an advisory and oversight committee as a control body. In other words, we’ve already made a lot of progress. But it’s still not enough.

ISENBERG: GETEC went through a similar change to its ownership structure in 2017, so we know only too well that it takes time to achieve the associated cultural shift. It’s also essential that top management backs this shift. And it does – at both companies.

Where is compliance located in the two companies? Whom do you report to?

ISENBERG: : At GETEC, compliance is accorded special priority. As General Counsel, I report directly to the CFO and via him to the CEO. As Compliance Officer, I also report to the CFO and to the Chairman of the Advisory Board. In the case of relevant incidents, I have direct access to him.

FAVA: In Italy, the Compliance Officer reports to the CEO. However, in cases involving the management of Antas, I would report directly to the CEO of the GETEC Group, Thomas Wagner.

What do you consider to be the biggest challenges of the integration?

ISENBERG:  We’re only just getting to know each other but it’s already evident that the different legislative frameworks in the two countries are a major challenge. And it’s a factor in the integration that we cannot influence.

FAVA: Because of the previous situation at Antas that I already mentioned, we now need to establish a stronger compliance culture. This will be a longer process which we’ve just launched and are pursuing with great determination. The members of our current management team are contributing their experience of working in large companies to the process.

WHAT IS THE FUTURE PLAN FOR INTEGRATION?

ISENBERG: Both companies have functioning compliance systems so I see no need to rush things. However, we’re optimistic that we will have harmonized compliance by the third quarter of 2021.

With more than 50 locations throughout Europe, we are always at your doorstep.
Contact us. We are here for you.