The federal government has determined that improving energy efficiency is an important contributor to the success of the energy transition. Energy that is saved does not need to be generated, transported or stored. But above all: It does not have to be paid for.

For industrial companies, energy costs play an important role when choosing a location. Saving energy not only saves costs in the medium term, but also reduces the economic risk associated with energy policy framework conditions in the long term. 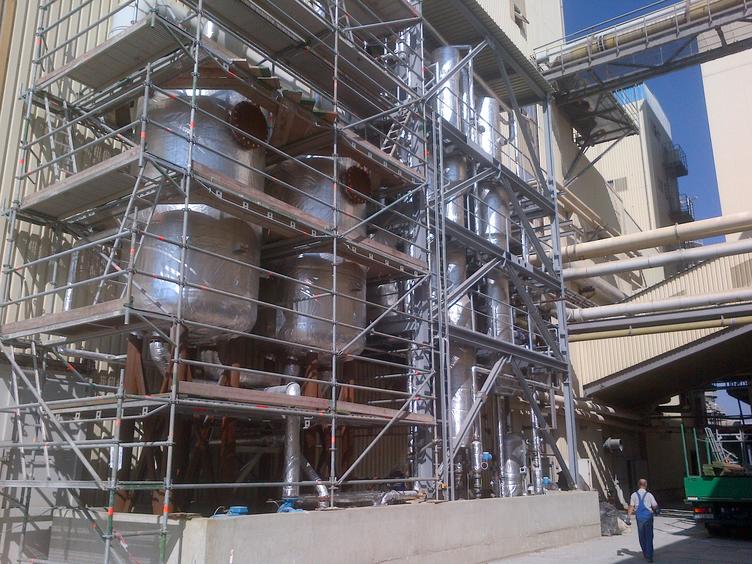 With its heat transformer, the energy service provider GETEC has developed a procedure into a commercially viable product that recovers unused waste heat. This opens up an interesting opportunity for energy-intensive industries to significantly increase their energy efficiency and thus reduce energy costs.

Waste heat, which cannot be utilised because the temperature is too low, is often generated during production processes in industrial enterprises. A large quantity of heat – and thus valuable energy – is lost in this context. A considerable portion of waste heat generated during industrial processes is released into the environment at temperatures between 60 °C and 110 °C. In view of the special treatment required for heat transfer media, the exploitation of this heat is usually inefficient or technically not feasible. Examples for the generation of such waste heat can be found in particular in the food, paper and chemical industry. These same industries have a high demand for heat at a temperature of approximately 120 °C, e.g. for cooking, evaporation, distillation and drying processes.

GETEC develops a procedure for the recovery of waste heat

GETEC has now developed an innovative procedure that is based on the heat transformer principle dating back to the 1950s. Large portions of waste heat could be utilised and considerable energy efficiency potentials generated with this technology. Up to 30 TWh or more than 15 million tons of CO2 emissions can be saved with it each year.

GETEC successfully used the procedure in a pilot plant in Staßfurt and made it market-ready. With this procedure, the energy of warm waste water is used to provide process steam for distillation columns. In so doing, approximately 50 % of the waste heat was transferred from 90 °C to 120 °C. What makes this procedure so special The procedure works without the need to expend additional energy. This is made possible by special absorption and desorption processes, in which the released heat of condensation is used to provide steam.

Several devices tailored specifically to the characteristics of the process were designed in advance with the help of mathematical models, and tested and brought to maturity in collaboration with the Otto von Guericke University. The operation of the pilot plant made it possible to reproduce the entire process and to successfully complete the development of the technology. In doing this, GETEC managed to refine a well-known physical process in such a way that it represents an attractive option for industrial enterprises to significantly increase their energy efficiency and hence substantially reduce the energy costs.