The Federal Republic of Germany's energy policy has changed the power plant sector irreversibly and fundamentally. The decision to phase out the use of nuclear power generation is probably the best example of the radicalism and long-term impact of political decision-making relating to the mix of power plant technology in Germany. The objective of the energy transition involves nothing less than the restructuring and modernisation of Germany's entire energy provision plant by the year 2050. GETEC has been involved in the process since the very start and, with its innovative concepts, is playing a decisive and fundamental role in the success of the energy transition.

How is the energy transition influencing the construction of power stations in Germany and the rest of Europe?

The energy transition is based on the fundamental concept of the expansion of renewable energy sources as an alternative to nuclear power and conventional fossil fuels. Eight of Germany's nuclear power plants have been decommissioned since 2011. The nine that remain are scheduled for decommissioning by 2022.

According to the German Federal Network Agency, the renunciation of nuclear energy could result in power shortages in winter, which will need to be balanced by gas and coal-fired power stations. In addition, conventional power stations are required for grid-stability purposes, as they are able to compensate for the fluctuations that result from feed-ins from distributed renewable energy systems.

According to studies by the German Association of Energy and Water Industries (Bundesverband der Energie- und Wasserwirtschaft - BDEW), power supply security is set to worsen. The BDEW list of 20 MWel power stations (renewable and fossil fuels) that are to be constructed by 2025 includes 74 construction projects with a planned total output of 33.5 GW (as of April 2015). These do not include the renewable energy-based projects (primarily offshore-wind), which only contribute a limited amount to the overall assured power station capacity, as well as those projects that are unlikely to gain approval. Therefore, the remaining assured extension capacity is only 7.8 GW. This situation must be considered in light of the fact that the decommissioning of some 24.5 GW of assured power provision has been announced by the German Federal Network Agency (BNetzA, as of April 2015). 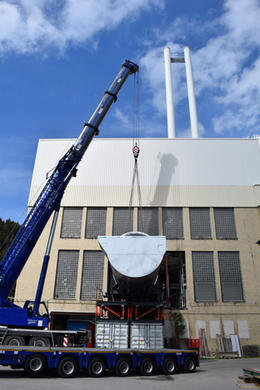 Not included in this BDEW list are smaller units designed for decentralised in-house power generation, which are often cogeneration systems with an electrical output capacity of less than 20 MW. These systems have the potential to bridge the energy supply gaps torn in Europe's energy topology by the decommissioning of power plant.

There has been a steady increase in the number of cogeneration power plants constructed since 2010. The average annual growth rate for cogeneration power centres has been around 20% per annum. Cogeneration facilities with an electrical output capacity of less than 10 MW account for 41% of the 542 MWel of electrical output that were brought on-line in 2014. Due to the use of combined heat and power generation systems, the more effective utilisation level of the potential energy locked up in various fuel types is already saving some 56 million tonnes of CO2 emissions per year compared with the levels resulting from a commensurate amount of heat and power generated in separate systems. This is equivalent to an additional area of 160 square kilometres of sea ice that would not be melting each year during the summertime in the Atlantic. Cogeneration facilities are efficient, secure and more flexible, and are able to compensate grid fluctuation caused by renewable energy sources. The government of the Federal Republic of Germany regards cogeneration technology as a supportable element of the energy transition with a potential share of the German electricity production mix of 25% by 2020.